For quantitative Western-blot analysis of p53 levels, cells were depleted three times independently with one siRNA specific to each of the eighty r-proteins. The siRNA used was selected on the basis of its proven efficacy in the processing and nucleolar screens. After 2 days of depletion, total proteins were extracted and separated on a polyacrylamide gel. Proteins were then transferred on low-fluorescence PVDF membrane and blocked in Odyssey blocking buffer. Primary antibodies targeting p53 and β-actin were incubated with the membrane overnight. Specific secondary antibodies coupled to fluorescent dyes were added to detect specifically p53 in red and β-actin in green. Membranes were imaged with the Chemidoc system (Biorad). The p53 signal corrected for loading (using β-actin as reference) was expressed with respect to the level observed in cells treated with a non-targeting control (SCR).  For each experiment, the p53 level in SCR-treated cells was averaged from two independent lanes (lanes Scr). Other controls included cells treated with an antisense oligonucleotide targeting the U8 snoRNA, whose depletion leads to important increase in p53 steady-state cellular level (lane U8), and cells that do not express p53 (lane Scr (-/-)). 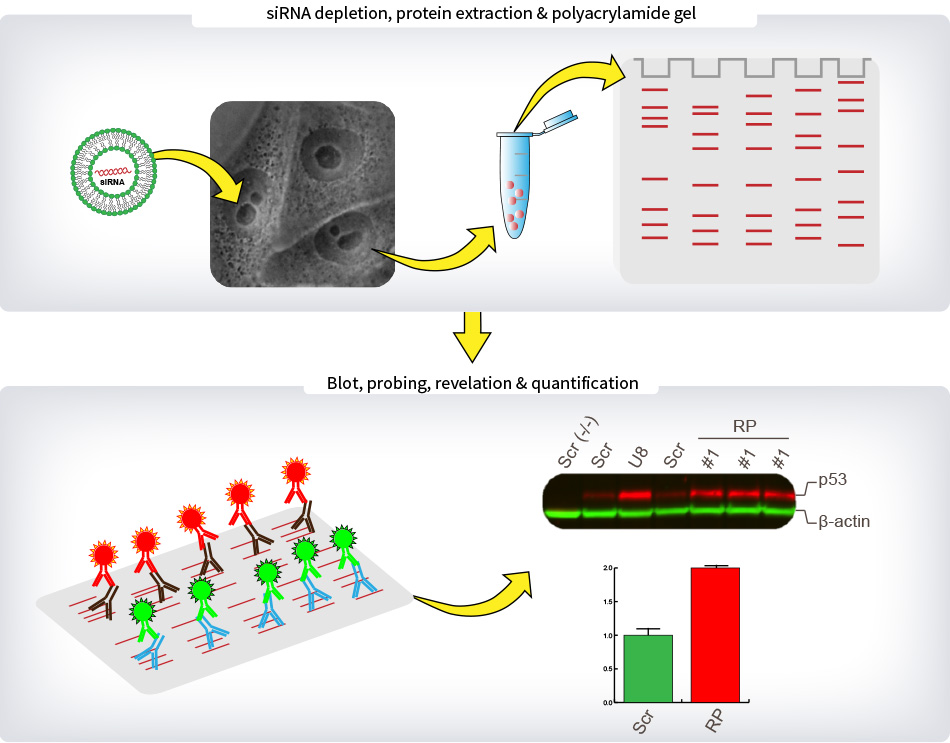